THANK YOU TO OUR SPONSORS!
LEARN ABOUT OUR SPONSORS
JOIN TODAY AND SEE OUR COMMUNITY GROW 210160 MEMBERS 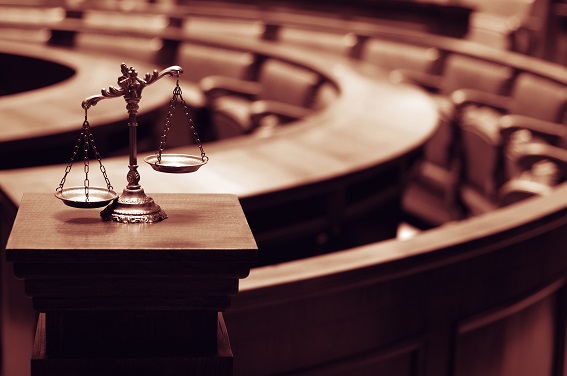 The American Civil Liberties Union (ACLU) chapter in New Hampshire is pushing the attorney general to make a full, public release of the 171 names on the “Laurie List.”

The list is formally known as the Exculpatory Evidence Schedule, which the attorney general’s office is required to update and maintain. It contains the names of those police officers whose credibility might be called into question during a trial. Those credibility issues might relate to actions such as use of excessive force, falsifying reports, lying in court, or sexual harassment.

Prosecutors have access to the list. If a police officer on the list is acting as a witness in a criminal case, the prosecutor is required to share that information with the judge, who decides if it warrants being shared with defense attorneys.

The ACLU wants the full content of the list made public, including officers’ names, department affiliation, and the nature of their credibility issue as well as information on when and where the issue occurred.

“The public is left unaware of which officers in their towns have had issues concerning their truthfulness or credibility,” the ACLU said in a statement. “And defense lawyers have no way to verify that proper disclosures concerning testifying officers are being made in their cases.”

The attorney general has gone so far as to release only a heavily redacted list. Names are blacked out, as are the dates of the incident when the officer got into trouble. The list includes the date that the attorney general was notified of the issue and—in some cases—the reason for being listed.

The Manchester Police Department, the state’s largest police force, has the single most entries at 20, followed by Nashua with 18 and the New Hampshire State Police with 12.

New Hampshire Attorney General Gordon MacDonald said the release of the redacted list “follows the law and responds to concerns raised by the law enforcement community.”

The Laurie List can be damaging to a law enforcement officer’s reputation and career, and officers have criticized the list because it is difficult to have their names removed after an accusation of misconduct.

Gov. Christopher Sununu backed the attorney general and police, saying, “Everyone agrees that bad cops should be taken off the street. But our men and women in law enforcement deserve the benefit of the doubt, and they deserve the same robust due process protections as any criminal defendant would have in court.”

The names of EES LEOs need

The names of EES LEOs need to at minimum be made to those charged in their making a choice to fight the charge or take a plea.
The bill is the latest review of three previously reviews of the Laurie List/EES.
At this time all defendants, who at this time are presumed innocent, should know everything the prosecutor has about their case including a LEO who may have already lied in court.
The judicial system depends on plea deals where an innocent defendant is given the choice of his word against a LEO 's multiple charges in an expensive court hearing to take a smaller guilty plea and lose his Constitutional rights/have a record/lose a job because he was not allowed to know the LEO is on the EES not already has been deemed as a questionable witness.
Do note the only reasons a LEO after he is CERTIFIED and employed SHOULD (not must, the Chief decides) be placed on the EES are: deliberately lying on record, falsification of a report, criminal conduct, egregious dereliction of duty, excessive force, metal illness, instability. There is no accountability of non certified or LEOs not employed or on non written reports of witnessing a LEO; attitude, MV operation, alcohol/dug use/association, domestic abuse, verbal admissions, racial/ sexual/ political bias by other LEOs or civilians nor are embellishments/misrepresentation of events/lying to other an officer who will fill out a report.
I personally have an issue of why LEOs who lied in court on official reports are still certified? Any other job where an employee is representing a company purgers themselves are terminated.

The Legislature is set to

The Legislature is set to address this issue in 2019, with two bills from Rep. Paul Berch, both of which have an extensive list of supporters. We'll be tracking the progress of those bills on our Police Brutality issue page (https://www.citizenscount.org/issues/police-brutality) throughout the session.

Law enforcement officers may be on the Laurie list for many reasons, some, perhaps many, of which have nothing to do with job performance. Public disclosure of the names may open these individuals to public scrutiny far beyond the norm. Don't they deserve some privacy? 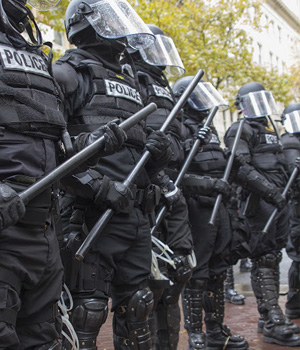