THANK YOU TO OUR SPONSORS!
LEARN ABOUT OUR SPONSORS
JOIN TODAY AND SEE OUR COMMUNITY GROW 210189 MEMBERS 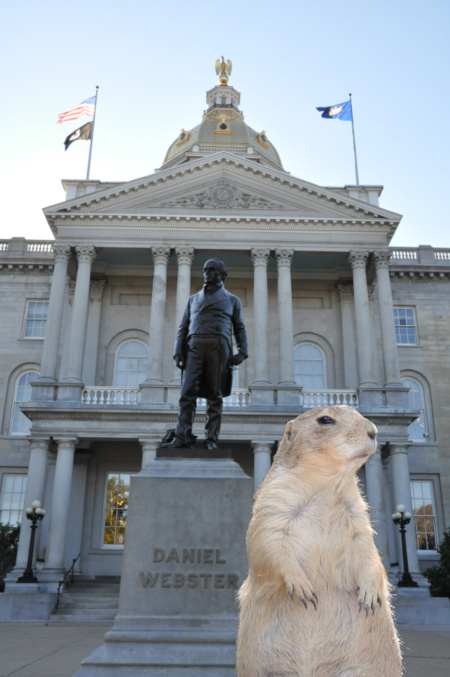 Crossover Day is the last chance for the House and Senate to vote on bills before they cross over to the other chamber.

It’s a little like Groundhog Day for legislation. If a bill gets voted down, it has to hibernate until the next year before it gets another day in the sun. If a bill passes, it gets to enjoy spring in the other chamber.

This year Crossover Day was April 4 in the House and March 28 in the Senate. Here’s a rundown of which bills have survived the first round of votes and which bills get a whole lot more winter.

The New Hampshire House passed HB 105 and HB 106 to undo laws from the previous Legislature that generally add restrictions for college students and other temporary residents who wish to vote.

The Senate passed a bill with a more moderate approach. Instead of repealing the laws, SB 67 would allow college students and other temporary residents to vote without also requiring them to register any cars in New Hampshire.

It remains to be seen which approach the House and Senate can agree on, and if Gov. Sununu will get on board.

FORECAST: Unlikely to get past the governor

The Senate hasn’t made gun control a priority this session – in fact, no senators introduced gun control bills. However, Democrats have a majority in the Senate, so at least some of these gun control bills will probably make their way to Gov. Sununu’s desk. However, Sununu is likely to veto the bills, and none of the bills passed the House with a veto-proof majority.

Learn more about the debate over gun laws in New Hampshire

FORECAST: Be ready for an increase to $12/hour

The House and Senate both passed bills to raise the minimum wage, HB 186 and SB 10. The consensus seems to be forming around $12/hour.

In the past Sununu said he believes any increase in the minimum wage should happen at the federal level, not the state level. However, he has not pledged to veto a state increase, so the door is open.

FORECAST: Probably not this year

Learn more about the debate over marijuana legalization in New Hampshire

The New Hampshire House passed HB 455 to repeal the death penalty. The Senate followed suit on April 11. Last year Sununu vetoed a death penalty repeal, but it looks like there are enough votes to override that veto.

The House passed a bill to regulate legal sports betting, HB 480. The Senate passed a bigger, bolder bill: SB 310, authorizing two casinos. Sununu included sports betting in his budget proposal, so it’s safe to assume New Hampshire will have more gaming this year – although probably not casinos like the Senate wants.

Learn more about the debate over gambling in New Hampshire

The House and Senate have both passed bills to increase the size of solar panel projects that are eligible for net metering rebates, HB 365 and SB 159. Sununu vetoed a similar bill last year, but it looks like the House and Senate might have the votes this year to override a veto.

Learn more about the debate over net metering in New Hampshire

FORECAST: Put it in the trash bin

The House passed a bill to ban single-use plastic bags and a bill to ban plastic straws (unless a customer asks for one). These bills may pass the Senate, but there’s no way they’ll get past Gov. Sununu’s desk.

The House passed two bills that would make it a little easier to change gender marked on drivers’ licenses and birth certificates, including the option to mark “other” or “non-binary.” These bills have a fairly good chance of passing the Democrat-controlled Senate.

Last year Gov. Sununu did sign a bill to prohibit discrimination based on gender identity, so he may sign one or both bills into law.

FORECAST: Wait until next year

The House Public Works and Highway Committee is keeping two bills over the summer for further study: one that would raise the gas tax, the other to add a road usage fee.

The Senate passed a bill to study alternatives to the gas tax for electric and hybrid vehicles.

On April 11 the House will vote separately on the state budget, which addresses issues such as the school funding formula, tax changes (particularly business taxes and a capital gains tax), and funding for a secure psychiatric hospital. Right now Gov. Sununu is clear he does not support the House budget bill. Given past experience, the Senate is likely to make significant changes. If it doesn’t, a veto is likely, and the House and Senate will have to forge a new compromise with Republicans.

Learn more about the debate over New Hampshire's budget

Thanks for providing this

Thanks for providing this valuable update/information