THANK YOU TO OUR SPONSORS!
LEARN ABOUT OUR SPONSORS
JOIN TODAY AND SEE OUR COMMUNITY GROW 210052 MEMBERS

CITIZEN VOICES® Absentee ballots for all?

Rep. Katherine Rogers (D-Concord) is sponsoring a 2019 bill that would allow all voters to vote by absentee ballot.

Roughly half of all states allow this “no-excuse absentee voting.”

Arguments for, against absentee voting

Supporters of Rogers’ bill argue that it will increase voter turnout by making it more convenient for voters who have trouble getting to the polls.

“The ability to cast a ballot in a New Hampshire election should not depend on your occupation, family situation, financial means, or transportation; it should be convenient and accessible to everyone and this bill accomplishes just that.”

Opponents note that expanding absentee voting will increase labor and postage costs for towns and cities, which are responsible for processing absentee ballots.

Rep. Sherry Frost (D-Dover)  is also sponsoring a constitutional amendment that would create a right to vote by absentee ballot.

A constitutional amendment needs a three-fifths majority to pass the House and Senate.  After that, two-thirds of voters must approve the amendment on the next general election ballot.

The New Hampshire secretary of state says allowing no-excuse absentee voting might violate the New Hampshire Constitution, which only addresses absentee voting for people who “are absent from the city or town of which they are inhabitants, or who by reason of physical disability are unable to vote in person.”  Therefore, a constitutional amendment would be less likely to face a challenge in the courts than a simple law change.

Should New Hampshire allow all voters to vote by absentee ballot, whether or not they will be out of town on Election Day? 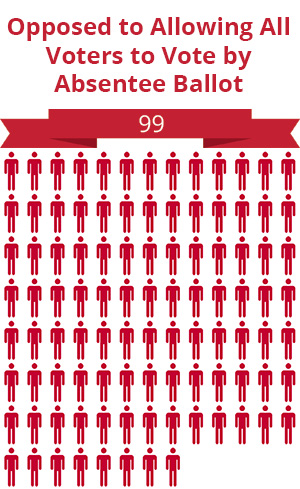 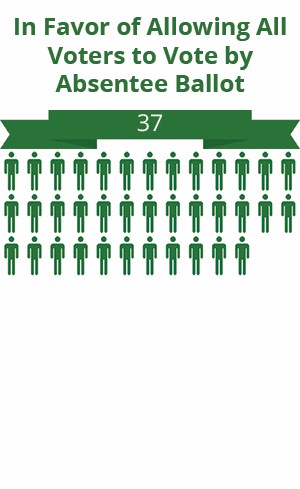 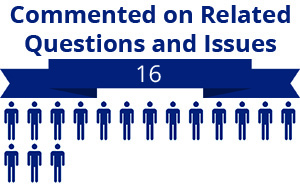 No: 99 people were opposed to allowing all voters to vote by absentee ballot, regardless of whether they would be out of town on Election Day.

Yes: 37 people were in favor of allowing all voters to vote by absentee ballot, regardless of whether they would be out of town on Election Day.

Other: 16 citizens addressed their comments to related questions and issues.
These included: