THANK YOU TO OUR SPONSORS!
LEARN ABOUT OUR SPONSORS
JOIN TODAY AND SEE OUR COMMUNITY GROW 209907 MEMBERS 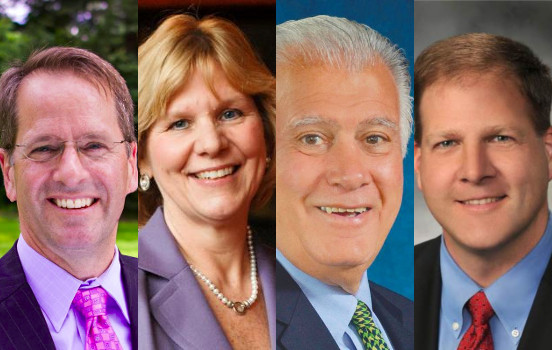 Two Republican gubernatorial candidates will not sign a well-known pledge this year.

The pledge, started by former New Hampshire governor Mel Thompson, used to simply be a promise to veto a sales or income tax.  The conservative advocacy group Americans for Prosperity-New Hampshire has expanded the pledge to include support for Right to Work and opposition to “all forms of ObamaCare in New Hampshire, including Medicaid expansion.”

Gatsas and Sununu both said they want to find an alternative to Medicaid expansion in New Hampshire before they repeal the coverage for low income residents.

Edelblut and Forrester said it was important for voters to know they stand for conservative principles.

“I won’t play pledge politics with the future of our state. Pledge politics is not leadership,” said Cilley. “In fact, if one takes enough pledges, they never have to think about anything again. Our citizens deserve to be heard regardless of the issue.”

Cilley lost in the primary to Hassan, who promised to veto any sales or income tax.

Is “the pledge” important to you in this election?  Let us know in the comments.