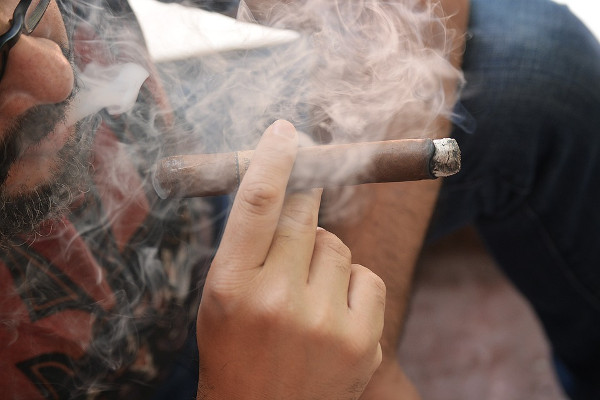 Rep. Timothy Horrigan is sponsoring a 2017 bill that would tax premium cigars at 15% of the wholesale price.

Right now premium cigars are exempt from New Hampshire's tobacco tax.  Premium cigars must be made entirely by hand of all natural tobacco leaf, weigh more than 3 pounds per 1,000 cigars, and be kept in a humidor.

Until last year, premium cigars also had to cost at least $2 per cigar.

Supporters of the current tax exemption argue that premium cigars are not addictive like cigarettes, and therefore they shouldn't be taxed like other tobacco products.  Hand-crafted premium cigars are in fact an artisan product from small businesses, entirely different from mass-produced cigarettes.

Supporters of Horrigan's bill note that most other states tax premium cigars at some level. Supporters of a premium cigar tax also argue that cigars are still harmful to health, and a tax is justified to deter smokers and help pay for the public health costs of smoking-related cancers.

Rep. Richard Ames is sponsoring an alternative bill that would include premium cigars in the existing tobacco tax, which is 65% of the wholesale price.

Do you think New Hampshire should end the tax exemption for premium cigars?  Share your opinion on Facebook.