THANK YOU TO OUR SPONSORS!
LEARN ABOUT OUR SPONSORS
JOIN TODAY AND SEE OUR COMMUNITY GROW 210193 MEMBERS 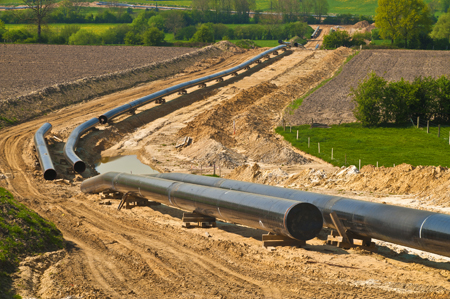 Hearing on pipeline held in Nashua

The Federal Energy Regulatory Commission held a meeting in Nashua seeking input from stakeholders on the proposed Tennessee Gas Pipeline, unofficially known as the ‘Kinder Morgan Pipeline”. The FERC held the meeting to get feedback from stakeholders as they craft an official environmental impact statement for the project. FERC project manager Eric Tomasi assured attendees that “we will address all of these issues in the environmental impact statement.” Tomasi noted that there were already 3,000 comments on record about the project, possibly a record number for a proposal being reviewed by FERC.

Opponents included Rep. Jim McConnell (R-Chesire). “This pipeline could be a disaster, from our standpoint,” he stated. He was joined by Rep. Marty Jack (D-Hillsborough), who argued “the best environmental impact is no build.”

In a statement, Kinder Morgan East Region Pipelines President Kimberly Watson stated the project would cut fuel costs and bring natural gas service to six new towns, as well as creating jobs. She also argued that the company had already made adjustments to the plan to minimize environmental impacts, with 91 percent of the route set along existing utility rights-of-way.