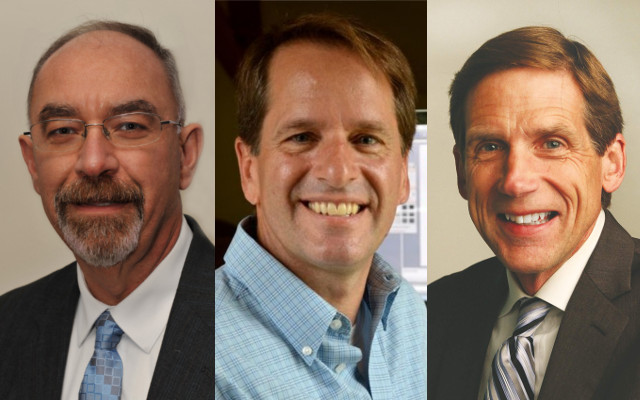 This week several individuals announced they were exploring a run for higher office in New Hampshire.

House Republican Majority Leader Jack Flanagan is considering a run against U.S. Rep. Ann McLane Kuster.  Flanagan is serving his fourth term in the state House of Representatives.  In an interview with WMUR, Flanagan said he is concerned about the proposed Kinder Morgan pipeline in southern New Hampshire, veterans’ affairs, and border security.

Republican state Rep. Frank Edelblut is exploring a campaign for Governor.  Edelblut is serving his first term in the House.  He has started several businesses in New Hampshire.  Edelblut already has a website for his potential campaign.  In a short video he summons an Uber on his smartphone and asks voters to “ride along” with him to a “21st-Century economy.”

Mark Connolly, the former New Hampshire Deputy Secretary of State and director of securities regulation, is considering a run for Governor as a Democrat.  Connolly was in office during the investigation of the Financial Resources Mortgage (FRM) Ponzi scheme.  Connolly resigned in 2010 and wrote a book alleging the state had covered up mismanagement of the FRM scandal.

Gubernatorial Candidate to Voters: Let's Grab an Uber Together