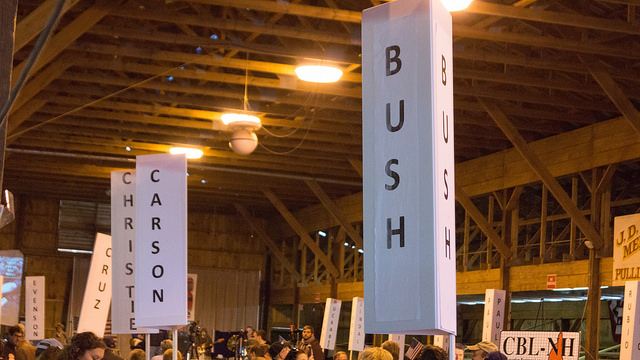 On Saturday October 17, the Hopkinton Fairgrounds served as the location of the first New Hampshire Grassroots Presidential Selection Caucus, organized by the 603 Alliance, an organization of conservative voters.

The unofficial caucus followed traditional format, holding rounds of voting where low-polling candidates were eliminated until a single candidate emerged as the winner. That position was handily taken by Sen. Ted Cruz, the only candidate to appear in person at the event.

The election, of course, is non-binding, but organizers hoped the event would help to unite conservative voters into a block backing a single candidate, making them more of a force to be reckoned with in the upcoming primary.

However, some attendees stated they would not necessarily be backing Cruz during the election. “The push should be after the primary,” said Sen. Al Baldasaro, who supported Donald Trump at the event. “Many of us Republicans are all going to come together under one roof no matter what.”

Cruz stands out at informal Republican caucus in Contoocook