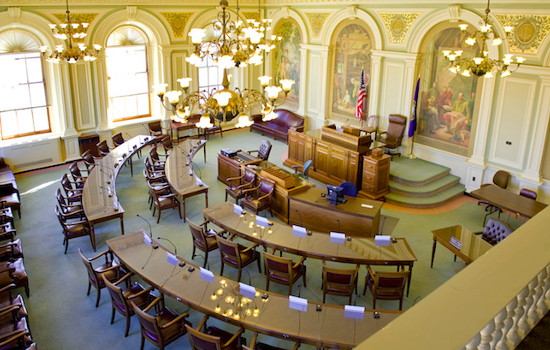 As of May 27, eight state Senators had announced their retirement or candidacy for another office.  That means at least one-third of next year's Senators will be new to the office.

Without those incumbents, Senate District 2 and District 24 both have a good chance of switching from Republican to Democratic control.  District 2 is considered a swing district, while District 24 has leaned Democratic in other elections.

Other Senate incumbents will have to battle to keep their seats.  Democratic Sen. Andrew Hosmer won District 7 by just 155 votes in 2014.  Rep. Harold French has already decided to challenge Hosmer in November.

District 12 is also competitive.  Republican Sen. Kevin Avard edged incumbent Peggy Gilmour out of District 12 in 2014, but Gilmour is looking for a rematch.

The result of these close races may ultimately be decided by which presidential candidate best mobilizes voters.  In the 2012 election, voter turnout for President Obama helped Democrats pick up seats in the state House of Representatives, Senate, and Executive Council.

Stiles Is Eighth New Hampshire Senator Not To Seek Reelection