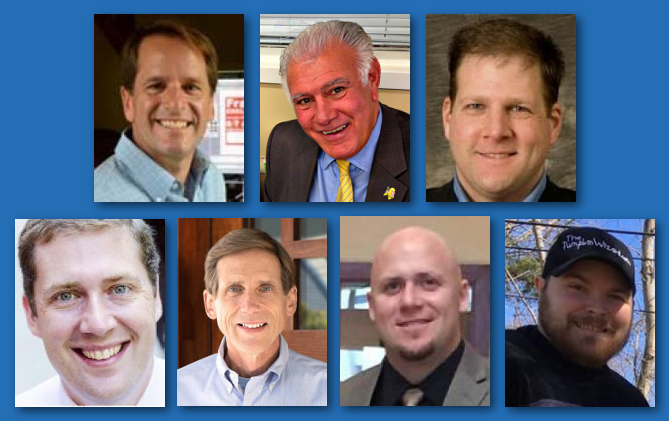 Following Manchester Mayor Ted Gatsas' announcement on March 17, there are now seven candidates in the race for New Hampshire governor.

On the Democratic ticket Executive Councilor Colin Van Ostern faces off against former Deputy Secretary of State Mark Connolly. So far in his campaign, Van Ostern has emphasized two issues he voted on as Executive Councilor: a state contract with Planned Parenthood and a southern New Hampshire commuter rail. Connolly has emphasized his record as a businessman and financial regulator, and promises to focus on building education and job opportunities.

Edelblut touts his experience in the private sector and promises lighter government regulation. In an early campaign video, he used the ride-sharing app Uber as an example of the business innovation he supports.

Gatsas had a long career in the state Senate before leading the Queen City. As a legislator he held a hard line against tax increases; as mayor he has supported the Manchester School District's fight against Common Core.

Sununu has the benefit of name recognition, with family members formerly serving as governor and U.S. senator. Councilor Sununu drew attention this summer after voting against the state contract with Planned Parenthood, despite previously identifying as pro-choice.

Click here to visit our election pages and see in-depth profiles of the candidates. We also have profiles for the candidates for U.S. House and Senate.