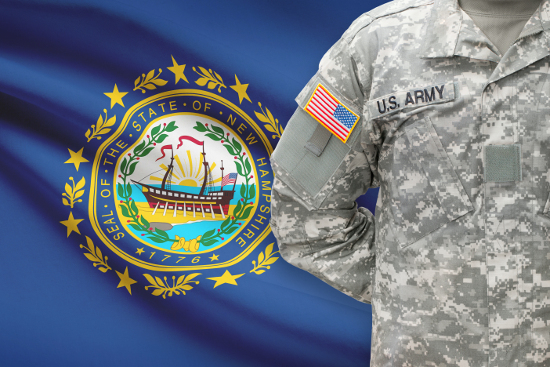 In honor of Veterans Day, here are each of the Presidential candidates' positions on reforming the United States Department of Veteran's Affairs (VA).

Hillary Clinton: Clinton has a detailed plan to reform the VA on her website. The website states, "Hillary will make the Veterans Health Administration (VHA) a seamless partner in health care. She does not believe that privatization will solve the problems that the VHA is facing—this department must deliver high-quality care while acting as an integrated payer-purchaser and facilitating a full range of services for all veterans, regardless of where they live."

Martin O'Malley: O'Malley outlines a detailed plan for reforming the VA on his website. Although he acknowledges the role of vouchers in veterans' health care, his plan does not include increased privatization. His website states, "It’s extreme to say the VA should be eliminated, but it’s also wrong to say the agency’s problems are not widespread. … Specifically, the VA should take steps to integrate physical and behavioral health care; further promote preventive services; view health care delivery as a holistic process, with greater cooperation between the Armed Services and the VA; deal with veterans health care as a continuum, from active service to post-service; devise a strategy to recruit and retain America’s best medical talent; and promote a climate of continuous improvement using a systems approach."

Bernie Sanders: Sanders has a detailed plan for reforming the VA on his website.  He supports additional funding to expand VA services, improve the claims process, and add dental care.

Jeb Bush: Bush has a detailed plan for reforming the VA on his website.  He supports increasing veteran's access to private health care providers and states, "Currently, only certain veterans are allowed to choose their doctor – those who can’t get an appointment within 30 days and those living 40 miles or more from a VA health facility. That number should be broadened and limitations to private access reduced."

Bush also supports various cost-cutting measures and states, "This includes cutting excess administrators (not caregivers) through Jeb’s ‘3-out, 1-in’ proposal, and improving practices so that we eliminate billions of dollars in waste, fraud, and abuse."

Ben Carson: In August 2015 Carson said, "We don't need a Department of Veterans Affairs.  Veterans Affairs should be folded in under the Department of Defense. And it should be a smooth transition. We need to be looking at the way we take care of soldiers."  Carson instead supports giving each veteran a Health Savings Account to spend at any health care provider.

Chris Christie: Christie lists three priorities for the VA on his website:

"1) Anytime, Anywhere Care: Governor Christie believes veterans should be able to receive their health care benefit from any medical institution. Private sector and nonprofit hospitals want to be engaged in veteran health care and they should be brought in to supplement treatment delivered from veterans’ hospitals.

"2) Qualified Leadership At The VA: As President, Christie would hire a qualified professional who has run a major healthcare system in this country to be Secretary of Veterans Affairs. The majority of the role of the VA has become that of a healthcare provider and therefore needs someone who knows how to meet the mission of providing adequate and timely care.

"3) 24/7 Hotline: In New Jersey, Governor Christie’s administration established a 24 hours a day 7 days a week hotline manned by mental health professionals as well as veteran volunteers. Governor Christie supports creating a similar nationwide hotline to act as a resource for veterans experiencing mental health issues when they get home.”

Ted Cruz: At a Town Hall for Concerned Vets for America, Cruz said, "Two things need to change.  Number one we need accountability.  … And the second reform that we need, the fundamental reform we need, is meaningful choice for every veteran.  Every veteran should have the right to see the doctor of his or her choosing in any facility."

Carly Fiorina: "We have to fundamentally overhaul the VA. … I would start with a blueprint of where we need to take that agency, which is maybe to do away with it in some cases, or change its mission, by asking veterans, 'how do you want to be served?'" (from a video on Fiorina's website)

Lindsey Graham: At the No Labels conference in October 2015 Graham said, "We're fighting a bureaucracy that's not going to give up without a fight.  How about this idea.  If you've served your country and you're eligible for health care, give you a card where you can go anywhere you want to go any time you want to go.  That costs money, but money well-spent."

Mike Huckabee: According to June 2015 coverage from the Des Moines Register, Huckabee supports abolishing the VA in favor of a health care card that allows veterans to visit any medical provider of their choosing.

Bobby Jindal: Jindal supports vouchers for veterans to visit private health care providers.  He said, "I think every veteran should get that card, and they should be allowed to get that health care wherever they want in the private sector. But, I also think -- or the public sector, I also think we need to fire some of the V.A. bureaucrats. Somebody should go to jail over these scandals, and it is a crime that it has not happened."

John Kasich: In an interview with Jake Tapper Kasich said, "I first of all think we need to expand the voucher program so a veteran can get the healthcare they need as soon as they can possibly get it and should not be just limited to the VA hospital.  Secondly, my sense is you're going to have to decentralize the VA."

George Pataki: At the Voters First Forum Pataki said, "To have a health care system for our veterans that denies them service, where as many as one-third of those waiting in line for treatment have died before they even get there, and then an administration that lies about it is completely wrong.  So we have to reform the health care system for our veterans.  We also have to do more for their mental health."

Rand Paul: Paul supports increasing the voucher system for veteran health care.  At a forum hosted by Concerned Veterans for America, Paul said, "If we decide we want VA hospitals, let’s keep them for some of the specialized things: for burns, unfortunately for amputations, post-traumatic stress disorder, and some veterans’ needs. But I think for routine care, if you live an hour and a half from the VA and… need a routine colonoscopy, you ought to just be able to get it in your local town."

Marco Rubio: Rubio's website states, "Marco has introduced legislation allowing secretaries of the VA to remove any VA employee based on performance or misconduct. Without the basic accountability this measure offers, we’ll never have a VA that works for veterans rather than bureaucrats.

"Similarly, competition will push the VA to provide top quality care. If veterans don’t feel like the Veterans Health Administration suits their needs, Marco supports giving them the option to use the exact same funds to see an approved private sector provider of their choice.

"Marco will also fight to streamline and reform the VA bureaucracy and protect whistleblowers from retaliation."

Rick Santorum: In an interview with Jake Tapper Santorum said, "Our best care is in our private hospitals.  We need to give access to our veterans to the best care in private hospitals, and take the VA system to one that specializes in areas where veterans have unique prosthetics, wound care, PTSD, and things related to the battlefield injuries that are in some respects unique to our veteran population."

Donald Trump: Trump has a detailed plan to reform the VA on his website.  The website states, "Under a Trump Administration, all veterans eligible for VA health care can bring their veteran’s ID card to any doctor or care facility that accepts Medicare to get the care they need immediately."  And, "Under a Trump Administration, there will be no job security for VA executives that enabled or overlooked corruption and incompetence. They’re fired."