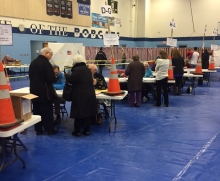 But among Republicans,Tuesday’s results only muddied the waters for the GOP primaries ahead.

Here’s who won both the votes and expectations of the New Hampshire primary: Sanders and Republican Donald Trump. 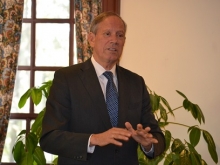 Ben Carson at UNH emphasizes ‘we, the people’

Republican presidential candidate Ben Carson on Wednesday put the emphasis more on the power of the people than he did on policy statements in front of a large crowd at the University of New Hampshire in Durham. He talked about community and the responsibility of individuals to participate in the political process, but urged them not to be divided by political labels or race or cultural differences.

The real challenge for 14 Republican candidates for president in this evening’s Voters First Presidential Forum in Manchester was how to break from the crowd.

No one at the forum succeeded.

In fact, by virtue of the fact that Donald Trump refused to attend the forum did he manage to be the only one of the bunch to really stand apart from the crowd. 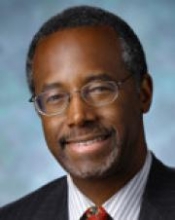 The Republican has not officially announced his intention to seek the presidency, though he has established an exploratory committee for a possible run. He told reporters he is waiting until May to make any official announcements.

On Monday, Carson delivered a keynote address at a healthcare conference in Manchester. During his speech, he addressed the Affordable Care Act and expressed his opposition to the program.