THANK YOU TO OUR SPONSORS!
LEARN ABOUT OUR SPONSORS
JOIN TODAY AND SEE OUR COMMUNITY GROW 210048 MEMBERS

According to the New Hampshire Division for Children, Youth and Families (DCYF), there are not enough foster families to accommodate a growing number of foster children in the Granite State. 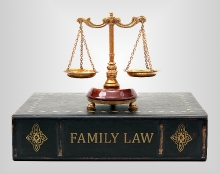 Sharon Boucher is campaigning for several family law changes in 2015.

Boucher is the grandmother of Brielle Gage, a toddler who died of blunt force trauma in November.  Katlyn Marin, Brielle's mother, was charged with second-degree murder for the toddler's death.

First, Boucher would like a law to eliminate the possibility that children will be sent home with a parent who has criminal charges pending.  Brielle's mother was arrested earlier in 2014 for allegedly beating another child.