THANK YOU TO OUR SPONSORS!
LEARN ABOUT OUR SPONSORS
JOIN TODAY AND SEE OUR COMMUNITY GROW 209885 MEMBERS 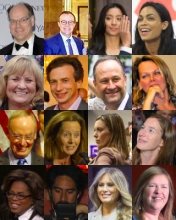 While they do not have any special powers under the U.S. Constitution, the spouses of presidents certainly have the power of influence.

When Betty Ford talked publicly about her mastectomy, she prompted a jump in breast cancer diagnoses from women self-examining.

Nancy Reagan is well-known for starting the “Just Say No” campaign against drug use, while Barbara Bush championed literacy.

What people want to know about presidential candidates, according to Google 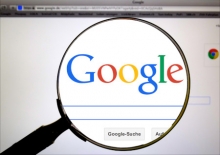 More than a dozen candidates have thrown their hat into the 2020 presidential ring. Many voters probably still don’t recognize all the candidates’ names – let alone their policy platforms.

Google searches shed some light on what people are most interested to know about the candidates. According to Google Trends, here are the top searches related to candidates’ names in January and February 2019 (excluding terms such as “2020” and “president”).

The following list is ordered by which candidate’s name had the most search traffic overall.