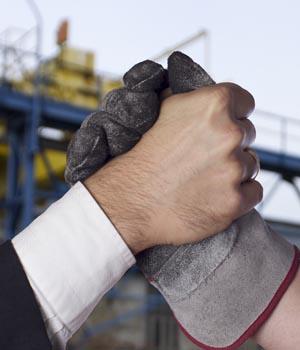 Once again, there is legislation to make New Hampshire a right-to-work state. State Rep. Robert Forsythe (R-Boscawen) has filed HB 622 to prohibit collective bargaining agreements that require employees to join or contribute to a labor union.

Under current laws, workers can refuse to fully join a union, but they must still pay a fee because the union represents all workers in collective bargaining.

Past attempts to pass right-to-work laws

Right-to-work has come up in the Legislature here regularly since 2011, but it has never mustered enough political support to pass both the House and Senate or survive a gubernatorial veto.

In the latest effort in 2017, it was defeated in the House, despite the fact that both the House and Senate were controlled by a Republican majority and Republican Gov. Christopher Sununu had made it a part of his legislative agenda.

In the current political climate, Sununu is still governor, but both the House and Senate have Democratic majorities.  That means it is extremely unlikely that right-to-work will pass in 2019.

Right-to-work in other states

A 2018 U.S. Supreme Court decision ruled workers in unionized public agencies who do not wish to join the union cannot be compelled to pay union fees—such as fees for collective bargaining—as a condition of employment. That means that across the nation, public employees are effectively living under right-to-work. However, the question of whether private employees can be made to pay fees to unions as a condition of employment is up to state law.

Right-to-work laws covering both public and private employees exist in 27 U.S. states, mostly in the Southern, Western, and Midwestern states. No New England states have passed a right-to-work law.

Right-to-work supporters say individual employees should be able to decide whether they want to be a part of a bargaining unit or not. They argue unions set policies with political ramifications through their contract negotiations, and employees should not be compelled to pay for unions to negotiate policies they disagree with.  Being a right-to-work state, they add, will attract more businesses to New Hampshire.

Opponents say workers are better off when represented by a union, noting that hourly wages in non-right-to-work states are 3.2% higher on average than in right-to-work states. They also say collective bargaining for all employees means better training and safer working conditions, and allowing people to opt-out will weaken the power of unions to negotiate these conditions.