THANK YOU TO OUR SPONSORS!
LEARN ABOUT OUR SPONSORS
JOIN TODAY AND SEE OUR COMMUNITY GROW 209899 MEMBERS

When it comes to marijuana in the Granite State, only patients with a prescription card can possess up to two ounces of medicinal cannabis. Possession of pot in any other circumstance is illegal.

What to do with past marijuana convictions?​

This year, Rep. Renny Cushing (D-Hampton) is sponsoring HB 399, a bill that would make it easier to annul past marijuana possession convictions. An annulment would basically erase the offense from a person’s criminal record.

Cushing filed a similar bill in 2018, which passed the New Hampshire House but died in the Senate.

The bill would apply to convictions for possession of small amounts of marijuana before September 16, 2017. It would create a special process for requesting an annulment of those arrests or convictions, one with rules designed to make it easier and put the burden on prosecutors to prove why an annulment shouldn’t be granted.

Those requesting the annulment would have to pay a $100 fee.

Proponents say it is a matter of fairness. As criminal convictions often keep people from getting jobs, the state shouldn’t continue to punish someone for something that is no longer against the law. They also point to all the reasons marijuana was decriminalized, such as the argument that marijuana is no more harmful than alcohol.​

Opponents say past criminal behavior by people who knew they were violating the law shouldn’t be excused. Those who broke the law, they say, knew the potential consequences and shouldn’t get a retroactive break. They argue this is particularly true in cases where defendants may have pled guilty to a lesser marijuana charge in order to avoid prosecution for more serious offenses.

Should New Hampshire make it easy to have convictions for possession of less than ¾ ounce of marijuana erased from a person's criminal record?​

Should New Hampshire make it easy to have convictions for possession of less than ¾ ounce of marijuana erased from a person's criminal record? 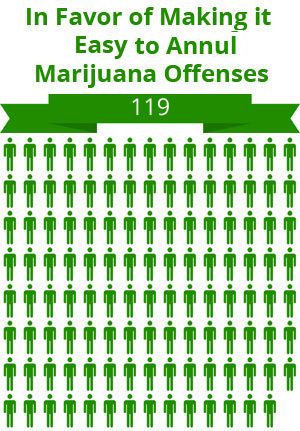 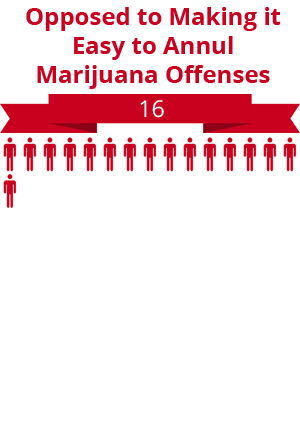 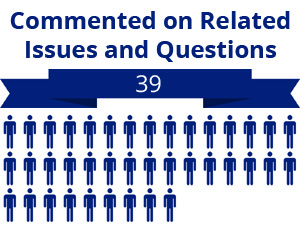 Yes: 119 people were in favor of making it easier to annul marijuana offenses.

No: 16 people were opposed to making it easier to annul marijuana offenses.

Other: 39 people commented on related questions and issues instead.
These included: