THANK YOU TO OUR SPONSORS!
LEARN ABOUT OUR SPONSORS
JOIN TODAY AND SEE OUR COMMUNITY GROW 210003 MEMBERS

New Hampshire became the 5th state to legally sanction same-sex marriage when HB 436 (which states that any New Hampshire citizen "may marry any other eligible person regardless of gender,") was signed into law in June of 2009 and went into effect January 2010. In June 2015, the U.S. Supreme Court decision in Obergefell vs. Hodges declared that state laws banning same-sex marriage were unconstitutional.

Proponents of same-sex marriage contend that "civil unions" don't go far enough. Civil-union laws, they argue, are based on the same "separate but equal" rationale that was once used to justify racial segregation. Only by granting same-sex unions the same status as traditional husband-and-wife unions can all citizens of New Hampshire enjoy the same rights and privileges, regardless of sexual orientation.

Opponents of same-sex marriage (many citing religious beliefs) contend that marriage can only be a union between one man and one woman. Two people in a same-sex partnership may be entitled to the same legal rights as a husband and wife, but their relationship is not, by definition, a marriage. Further, opponents contend that extending the right of marriage to same-sex couples could threaten the rights of churches and other organizations that prohibit same-sex marriage on religious grounds.

Fate of the gay marriage debate

In June 2015, the U.S. Supreme Court decision in Obergefell vs. Hodges declared that state laws banning same-sex marriage were unconstitutional.

Genuine marriage maintains policies that are best for the continuation of a civil and productive society:

Every child has a mother and a father and deserves to live and be raised by them:

Government must protect the next generation:

Marriage is the economic engine of our society:

By Standing Up for NH Families

We don't take away rights: 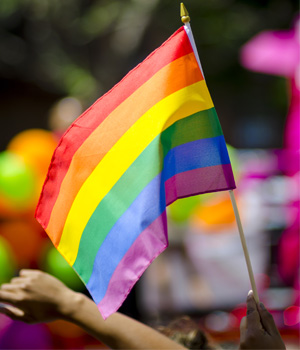 Gay and Transgender Rights add a comment
Should NH increase legal protections based on LGBTQ status?