California recently became the first state to ban single-use plastic straws in many food service businesses, unless a customer specifically requests one.

Rep. Judith Spang would like to see a similar policy put into place statewide in New Hampshire. Her bill, HB 558, would make single-use plastic straws available only upon request in New Hampshire restaurants, cafes, and other food-service businesses.

Stricter bans on plastic straw distribution have been passed recently in Seattle and Washington D.C. The entire nation of Taiwan is working to go straw-free by 2025. Meanwhile, many private companies have opted to stop distributing plastic straws with every drink, including Starbucks and Alaska Airlines.

Supporters point to the impact of plastic waste on marine life. “There's a variety of other marine life that can swallow the straws,” said Jennifer Kennedy of New Hampshire’s Blue Ocean Institute. “They can get tangled up in other plastics, like balloon strings and strapping bands and things like that, so any plastic we can eliminate to that environment, which is already under lots of threats to begin with, is great.”

While acknowledging that plastic straws only represent a small portion of overall plastic waste, supporters of Spang’s bill argue the change would encourage people to think more about plastic pollution and how to reduce their overall plastic consumption.

Opponents of Spang’s bill cite statistics showing that drinking straws from the U.S. represent far less than 1% of the plastic waste that finds its way into oceans. They also note that alternatives to single-use plastic straws, such as compostable straws or metal ones, can have an even bigger impact on the environment in terms of carbon footprint.

There are also concerns about the impact of the ban on people with disabilities that require them to drink through a straw. Though Spang’s bill does specify that straws would be available upon request, it represents an additional hurdle for disabled people to wrangle and possibly additional stigma.

These critics note that the choice to forgo a plastic straw can be left to individual customers or private businesses that wish to set their own policies.

Should NH prohibit businesses such as restaurants and cafes from giving customers disposable plastic straws, unless a customer specifically requests one? 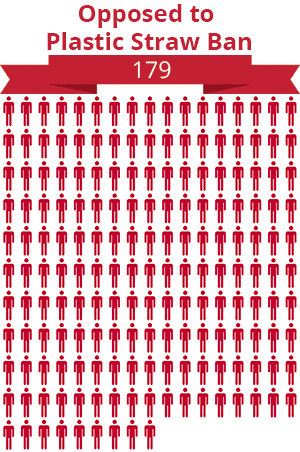 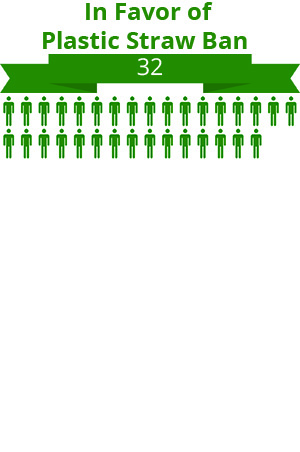 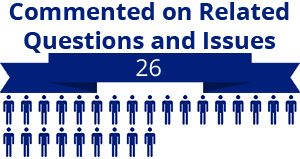 No: 179 people were opposed to banning plastic straws unless a customer specifically requests one.

Yes: 32 people were in favor of banning plastic straws unless a customers specifically requests one.

Other: 26 people commented on related questions and issues instead.
These included: