New Hampshire is one of the few states in the nation that does not currently require motorists to carry auto insurance.

HB 613, sponsored by Rep. Peter Leishman (D-Peterborough), would require proof of insurance in order to register a motor vehicle.

Exceptions to the current rule

A driver at fault can also have their license suspended until they pay restitution through the DMV.

What about other states?

Some other states allow drivers to post a bond instead of purchasing car insurance, but generally speaking, all other states require insurance.  Virginia has the lowest requirements after New Hampshire: drivers can opt not to carry auto insurance, but they have to pay $500 annually to the state.

Those against compulsory car insurance say that it discriminates against the poor who may not be able to afford auto insurance.  Other opponents note that New Hampshire already has remedies if a driver without insurance causes damage, including restitution, license suspension, and future proof of insurance. Lastly, many feel the government should impose fewer mandates on citizens, not more.

Those in support of the auto insurance requirement say that without it, victims are likely to see little in the way of compensation following an auto accident, as personal financial responsibility laws are inadequate.  If a driver disputes he/she was at fault, the next step may be a very expensive lawsuit.

Should New Hampshire make auto insurance mandatory for all drivers? 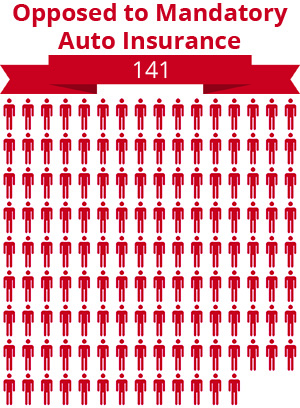 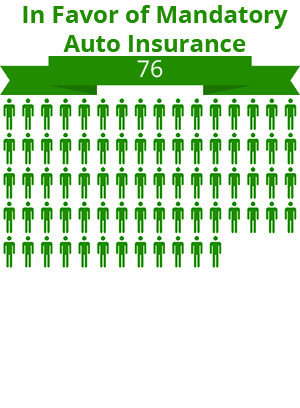 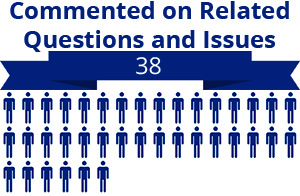 No: 141 people were opposed to making auto insurance mandatory for all drivers.

Yes: 76 people were in favor of making auto insurance mandatory for all drivers.

Other: 38 people commented on related questions and issues instead.
These included: