Waiting period to buy a gun?

When it comes to gun laws, New Hampshire is a Constitutional carry state. No license is required to buy, own or carry a firearm. Federal law requires licensed firearms dealers — but not private sellers — to do a background check on the individual who wants to purchase a gun.

In its current session the state Legislature is considering HB 514, a bill that would require a mandatory waiting period of seven days to buy a weapon. The seven days excludes holidays and weekends, meaning the waiting period could extend up to 10 days.​

The measure would apply to licensed sellers, including importers, manufacturers, dealers, and collectors.

It does not apply to private sales and to individuals buying a shotgun or rifle who have taken the state’s 16-hour hunter safety course or who already has a valid state hunting license. Nor does the waiting period apply to law enforcement personnel or active duty military.

Proponents of the legislation cite research that shows a seven-day “cooling off” period can reduce gun violence. They say it pauses impulse-buying motivated by anger or desperation, potentially stopping someone from doing themselves or others harm with a gun.

Opponents, citing the constitutional right to possess firearms, say there is no statistical evidence that a waiting period does, in fact, reduce gun-related incidents. They also say a waiting period puts a person who needs a gun for protection at potential risk.​

Should New Hampshire require a seven-day waiting period to buy a gun? 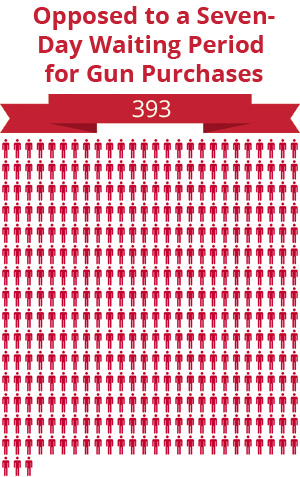 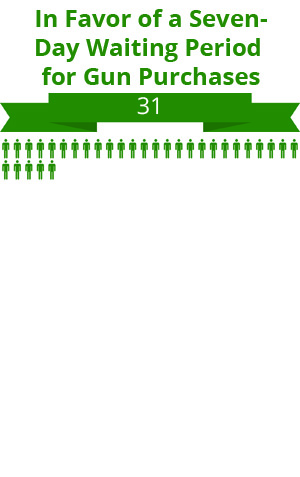 No: 393 people were opposed to a seven-day waiting period for a gun purchase.

Yes: 31 people were in favor of a seven-day waiting period for a gun purchase.

Other: 26 people commented on related questions and issues instead.
These included: