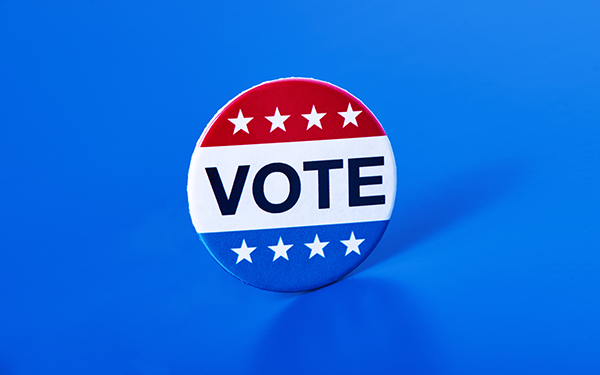 Joe Biden has started vetting possible running mates.  Biden already promised to choose a woman for vice president, which narrows the field a little bit.  There are still over a dozen possible candidates.

Here’s a list of the vice presidential contenders getting attention from news media and the Biden campaign.

At one point Sen. Harris was polling in the top five presidential candidates.  The former Attorney General of California would be the first woman of color to run for vice president.

Harris is a feisty debater.  She surged in the polls after attacking Biden over his stance on busing students to integrate schools in the 1970s.  That clash could make Biden hesitate to choose her as a running mate.

Sen. Warren is another former presidential candidate.  She has branded herself as a watchdog for Wall Street and was an academic before winning her U.S. Senate seat.  As a progressive candidate, Warren might help Biden woo Sanders supporters.

On the other hand, Pres. Trump seems to enjoy ridiculing Warren (calling her “Pocahontas”), which could distract from Biden’s campaign.

Sen. Klobuchar finished third in the New Hampshire primary and fifth in the Iowa caucuses, proving her appeal to voters.  In 2016 the Democrats lost most of the Midwest to Trump, so some analysts believe a Midwesterner like Klobuchar is key to defeating the incumbent in 2020.

Klobuchar is not as dynamic as Harris, Warren, or some other candidates, however.  Biden himself is hardly a firebrand, so his campaign might want a more aggressive or charismatic candidate.

Abrams was the Democratic candidate for governor of Georgia in 2018.  She won several high profile endorsements during her campaign, including an endorsement from former president Barack Obama.  She lost the gubernatorial election to Georgia’s secretary of state, Brian Kemp.  She argues Kemp unjustly purged voter registrations in his role as secretary of state, resulting in an unfair election.  She has since formed an organization that is suing Kemp for voter suppression.

In 2019 Democratic leaders selected Abrams to deliver the rebuttal to Pres. Trump’s State of the Union address. She was the first African American woman to do so.

Abrams still doesn’t have experience in federal government, however.  Her only governing experience was in the Georgia House of Representatives.

Gov. Whitmer has been in the media spotlight after heated protests against Michigan's stay-at-home order.

She has also personally clashed with Pres. Trump.  After reports he called Whitmer “that woman from Michigan,” Whitmer printed the words onto a t-shirt. The president later tweeted that the federal government might withhold federal funds from Michigan because the state mailed absentee ballot applications to voters.

Like Klobuchar, Whitmer might help Biden attract voters from the Midwest.  On the other hand, after Michigan’s protests, she might be the wrong choice to unite the Midwest against Trump.

Sen. Duckworth is no stranger to battle; she is an Iraq War veteran and double amputee.  She is also the second Asian American serving in the U.S. Senate.

Duckworth may have some appeal to Republicans; former Republican presidential candidate Bob Dole dedicated his autobiography in part to Duckworth.

Duckworth is not as well-known as other choices, however, such as Harris or Warren.

Sen. Cortez Masto’s grandfather was born in Mexico and became a naturalized U.S. citizen.  If she is chosen, she will be the first Latina candidate for vice president.

Like Harris, she once served as Attorney General in her home state.

Cortez Masto has been described as a “dark horse” in the VP race, but she has the support of former senate majority leader Harry Reid.

Rep. Demings is a retired law enforcement officer, which gives her some unique experience as a politician.  She is also a woman of color, which would be a first for a vice presidential candidate.  She recently served as an impeachment manager – similar to a prosecutor – during the impeachment proceedings against Pres. Trump.

Demings is not very well known, however, and she does not have as much political experience as other possible nominees.

According to sources, New Hampshire’s own Sen. Hassan has been interviewed as a possible running mate.  Hassan is still in her first term in the U.S. Senate, but her political experience goes back to the early 2000s.  She is also only one of two women in history to serve as governor and U.S. senator (Jeanne Shaheen is the other).

While Hassan is generally viewed as a moderate in the senate, she has had some problematic staffers that might make her a target for Republicans. One intern yelled “Mr. President, f*** you,” when Trump visited the capitol.  That intern was suspended but not fired.  Another former staffer pled guilty to illegally accessing U.S. Senate computers and disseminating personal information about Republican senators.  A third staffer helped in that crime.