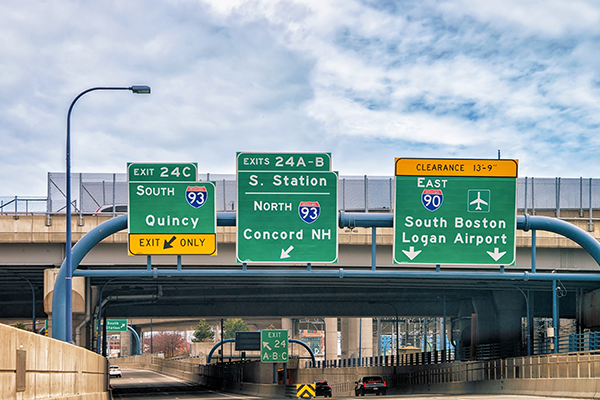 As part of his Stay at Home 2.0 guidelines, Gov. Sununu said that golf courses and campgrounds cannot serve out-of-staters unless they are members.

These guidelines follow attempts from many other states to limit travel by out-of-staters during the coronavirus pandemic.  Some lawyers argue that limiting travel and commerce across state lines is unconstitutional, and at least one federal judge agrees.

However, Gov. Sununu’s order is limited in scope, which makes it much more likely to pass constitutional muster.

As the governor “flexes” open areas of the economy, there might be more limits on Massachusetts travelers.

Limits on out-of-staters in NH

The coronavirus outbreak is much more severe in Massachusetts, and many New Hampshire residents – including Gov. Sununu – have expressed anxiety about Bay Staters coming north.

The commerce clause forbids states from interfering with or discriminating against interstate commerce.

The Stay at Home 2.0 guidelines from Gov. Sununu do place two limits on Massachusetts travelers, however.  Golf courses and campgrounds cannot serve any out-of-state customer unless a customer is a member.

There have been several lawsuits and lawsuit threats over travel bans in other states.

Several weeks ago New York Gov. Andrew Cuomo threatened to sue Rhode Island for pulling over drivers with New York license plates and forcing them to self-quarantine.  Rhode Island changed their policy to instead route all out-of-state drivers through checkpoints.

A federal court recently struck down an executive order banning most out-of-state travel in Kentucky. The order only allowed Kentuckians to travel out of state for work, essential supplies, health care, care for dependents or other vulnerable people, or a court order.  Senior U.S. District Judge William Bertelsman wrote this violates “the basic right of citizens to engage in interstate travel.”

Constitutional rights are not unlimited, however.  As a famous example, the right to free speech does not cover shouting “fire” in a crowded theater.  A narrowly written ban on out-of-state travel or commerce might be constitutional if it is also balanced by a compelling threat to public safety, like a disease outbreak.

Bertelsman’s Kentucky ruling noted that the travel ban might be constitutional with just “minor amendments.”  Bertelsman pointed to Ohio’s travel ban as an example, which focuses on travelers staying more than 24 hours.  He also suggested “requests” and “guidance” are more constitutional than orders with harsh penalties.

Gov. Sununu’s ban on out-of-staters at golf courses and campgrounds is much narrower than a statewide ban on outsiders, which means his ban is more likely to hold up in court.

At a May 1 press conference Gov. Sununu also said, “It’s really up to the facility to make sure that they’re adhering to the rules of the guidelines,” and, “We don’t have stay-at-home police that patrol the state.”  While theoretically a facility could lose its license for violating the Stay at Home 2.0 guidelines – for example after letting out-of-staters golf – Sununu seems extremely reluctant to punish people.  In other words, Sununu’s order seems more in line with the “requests” and “guidance” Bertelsman suggested in his ruling.

Could there be more limits for out-of-staters in NH?

Theoretically New Hampshire could choose to add more limits for out-of-staters as the economy reopens.  Gyms and hotels might be likely candidates for in-state limits.  Some states and foreign countries are already considering “travel bubbles” or “tourist corridors” that would allow travel for people to and from areas without coronavirus.

Gov. Sununu suggested another option: businesses could choose to refuse out-of-state customers on their own.  Restaurants, hotels, and other public accommodations cannot refuse customers based on age, sex, race, religion, or other specific reasons, but “state of residence” is not one of those protected classes.  That leaves the door open to businesses voluntarily turning away Massachusetts customers.