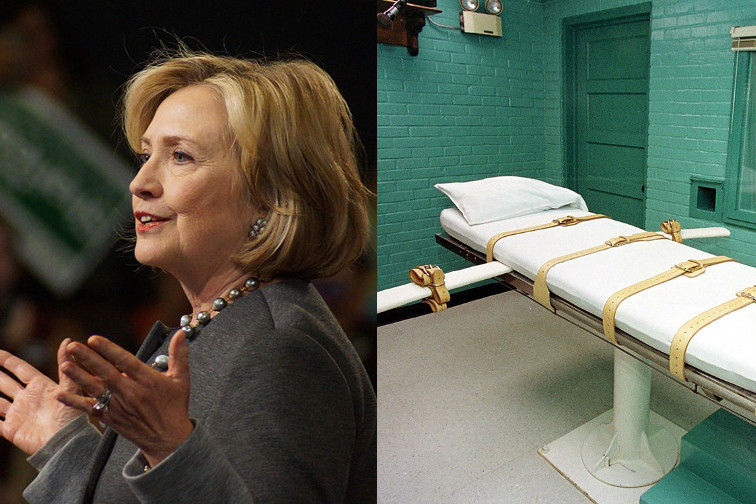 Presidential candidates on the death penalty

At a forum on Wednesday, October 28 Presidential candidate Hillary Clinton answered a question from the Live Free or Die Alliance:

"What is your opinion on the death penalty?"

Clinton answered, "I think that we have a lot of evidence now that the death penalty has been too frequently applied and very unfortunately often times in a discriminatory way.  So I think that we have to take a hard look at it and a lot of states are doing that as you can read, because states are beginning to pull back from either applying the death penalty or narrowing the scope of the cases where it can be applied.  I personally think that’s all to the good.  I do not favor abolishing it, however, because I think there are certain egregious cases that still deserve the consideration of the death penalty.  But I’d like to see those be very limited and rare as opposed to what we have seen in some states where there are hundreds of people on death row and they would not be on death row in a comparable state, for example.  So I think we have to be smarter and more careful about how we do it."

It was the first time she had talked about the death penalty in this campaign.

Other candidates have already staked their position on the death penalty.  Here's where they stand:

Bernie Sanders: "I would rather have our country stand side-by-side with European democracies rather than with countries like China, Iran, Saudi Arabia and others who maintain the death penalty." (from a speech on the U.S. Senate floor in 2015)

Jeb Bush: "I want to accelerate, not slow down, the enforcement of the death penalty in Florida." (from a 2015 New York Times interview)

Ben Carson: "I think the death penalty is something that should be decided in a civil manner with the people in the area [state by state]." (in a 2015 interview with CNN)

Chris Christie: In 2011 Governor Christie said he would sign a bill to reinstate the death penalty in New Jersey.

Ted Cruz: "I spent a number of years in law enforcement dealing with some of the worst criminals, child rapists and murderers, people who’ve committed unspeakable acts.  I believe the death penalty is a recognition of the preciousness of human life, that for the most egregious crimes, the ultimate punishment should apply." (in a 2015 interview with Politico)

Carly Fiorina: "Like most Americans, Carly supports the death penalty for our nation’s worst murderers." (from her U.S. Senate campaign website)

Jim Gilmore: As Governor of Virginina in 2000, Gilmore declined a request to declare a moratorium on executions in Virginia.

Lindsey Graham: Following a 2008 U.S. Supreme Court ruling that ruled the death penalty was unconstitutional for child rapists, Graham said, "The Court's statement there is a national consensus against the death penalty for cases that do not result in death is a complete misreading of the American people and their views on child rape."

Mike Huckabee: "[The death penalty is] a necessary part of our criminal justice system for those crimes for which there is no other alternative. But God help the person who ever does it without a conscience and feels the pain of it." (from a 2007 GOP Presidential Forum at Morgan State University)

Bobby Jindal: "I support the use of the death penalty in instances of violent child rape. What? The death penalty for a crime other than first degree murder? Yep, you heard me right." (from his 2010 book Leadership and Crisis)

John Kasich: Supports the death penalty and said in a 2015 "Meet the Press" interview, "It isn't about revenge, it's about justice."

Rand Paul: "Most crimes are adjudicated at the state level and should be, so there really are almost no crimes at the federal level really under the Constitution that would require the death penalty – I think treason being one. It isn’t a big issue, I think as far as a change in federal policy, and I would leave it for the most part to the states." (at a 2015 campaign stop in Iowa)

Donald Trump: "I can’t believe that executing criminals doesn’t have a deterrent effect. To point out the extreme, 100% of the people who are executed never commit another crime." (from his 2000 book The America We Deserve)

Learn all of the candidates' issue positions by checking out all of their profiles on our site.

In NH, Clinton voices concerns on death penalty but won't back abolishment 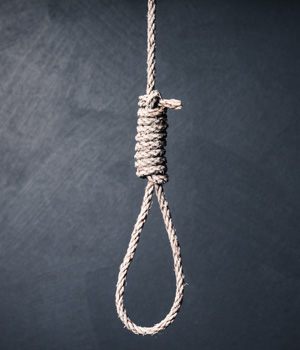