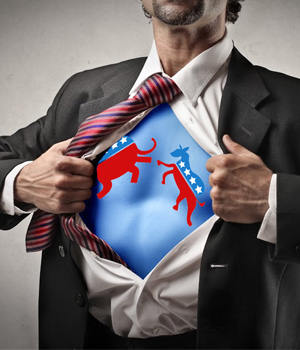 Should NH prohibit firing an employee because of his or her political views?

The First Amendment protects free speech in public places, but private employers have a lot of power to limit what their employees can or cannot say at work.

Political affiliation - such as Democrat or Republican - is also not a protected class in anti-discrimination laws at the state or federal level.

It is legal for New Hampshire employers to adopt policies that prohibit employees from discussing politics during work or wearing campaign clothing.

Employers may wish to implement such policies in order to minimize employee conflict and maximize productivity.

Political discussions can also include comments about race, sex, sexuality, disability, age, and religion, which are protected classes in anti-discrimination laws. This opens an employer to liability. For example, if an employee says he is voting against a candidate because the candidate is homosexual, a homosexual coworker might have a legitimate harassment complaint.

New Hampshire is also an "at-will" state, which generally means that employers can terminate employees with or without cause at any time (unless there is an employment contract). That means an employer could choose to terminate an employee based on political views.

Some protections for political speech

Federal laws do protect some political speech at work. The National Labor Relations Act gives employees a right to discuss political issues related to labor conditions, such as the minimum wage.

If an employee wears a button that says, "Support John Smith to Support Worker Rights," the employer must allow it.

However, if the employee wears a button that only says, "Support John Smith," without any reference to worker rights, the employer can ask the employee to take the button off.

Should NH add a right to politics at work?

Some states, such as South Carolina, have laws that prohibit firing an employee for his or her political beliefs. Connecticut has a law that extends the right of free speech to the workplace, so long as that speech does not interfere with job performance.

Supporters of such laws argue that political expression is essential to a strong democracy. Others say that political beliefs can be as strong as religious beliefs, and therefore they should be protected the same as religion.

Opponents note that political affiliation is voluntary, and therefore should be treated completely differently than race, sex, sexuality, disability, age, and religion - all classes protected by anti-discrimination laws.

Other opponents point out that political discussions can be very disruptive at work, turning employees against each other, decreasing productivity, and lowering morale. It is only fair to allow private employers to try to limit these negative outcomes.

Should NH prohibit firing an employee because of his or her political views? Let us know in the comments below.

I would assume an employee's

I would assume an employee's activity on social media could serve as proof. We see it often with public figures who get fired/suspended for posting discriminatory content.

The slope is slippery. What about an employee who supports a candidate who has openly bigoted views? Are they being fired for being political or preaching discrimination?

A problem of logistics

Though I don't like the idea of employers firing workers because of their political views, I believe a law like this would be very difficult to implement. How could you prove someone was fired because of a political point of view? Everyone has a political perspective. Does this mean any aggrieved former worker could argue they were fired for politics, and not for other reasons? 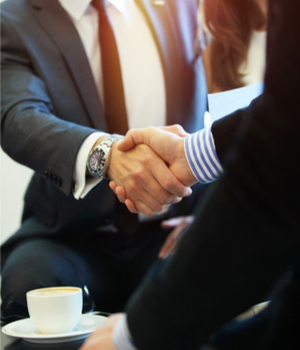