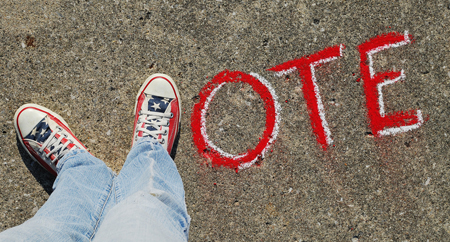 The July 7 election will determine who will represent Rockingham District 20, which includes Seabrook and Hampton Falls; no primary will take place, as only one candidate from each party filed. The election is being held due to Dennis Sweeney’s (R-Seabrook) resignation, which he announced on April 5.

A 2014 Winnacunnet High School graduate, Tilton told Seacoast Online that he knows his age will be counted against him. “I don’t like being underestimated. I think there’s a lot of things I could come up with and bring to the table.”

Tilton works at Brown’s Lobster Pound in Seabrook and, based on his work there, has plans to focus on the professional fishermen working under strict federal rules if elected. “There’s been a lot of regulations brought down on them. That’s everyone’s livelihood on the Seacoast. It’s kind of sad to see,” he told Seacoast Online.

Tilton is also looking toward deregulating business and lowering taxes, in particular the state’s room and meals tax, and targeting higher funds toward substance abuse treatment. He has also expressed support for residents maintaining their “constitutional right” to own a firearm.

In addition to his work, Tilton is taking classes at Great Bay Community College, with plans to transfer to Southern New Hampshire University for his bachelor’s degree in business.

Jeff Brown, Tilton’s stepfather, is the treasurer for the Rockingham County Republican Committee, as well as a former Seabrook fire chief and a member of the New Hampshire Parole Board.

This will be Andrews-Ahearn’s fourth run for state representative. In 2012, she won the District 37 seat and went on to represent Hampton, Seabrook, and Hampton Falls. Among other platforms, Andrews-Ahearn is an advocate for stronger firearm regulations.

Andrews-Ahearn has noted her concern with Tilton’s run for the District 20 seat. “We need people in Concord who are very knowledgeable about government,” she told Seacoast Online. “Someone who has little or no education and no experience is probably not the person who has the skills to overcome the problems in New Hampshire.”

Earlier this year, 19-year-old Yvonne Dean-Bailey won a special election for Rockingham District 32, in which she was up against Democrat Maureen Mann.