What influences partisanship in NH?

However, there are some patterns worth exploring. In this follow-up article, we examined what variables might influence the party unity measure of partisanship.

Does one party’s leadership tend to inflame partisanship? That seems to depend on whether you’re looking at the House or the Senate. 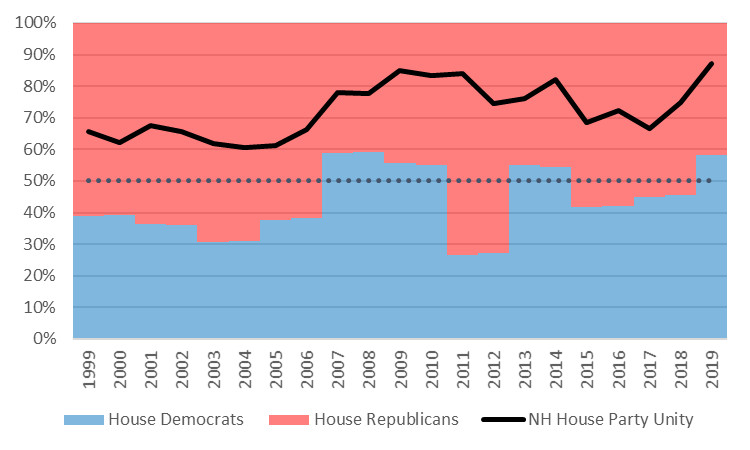 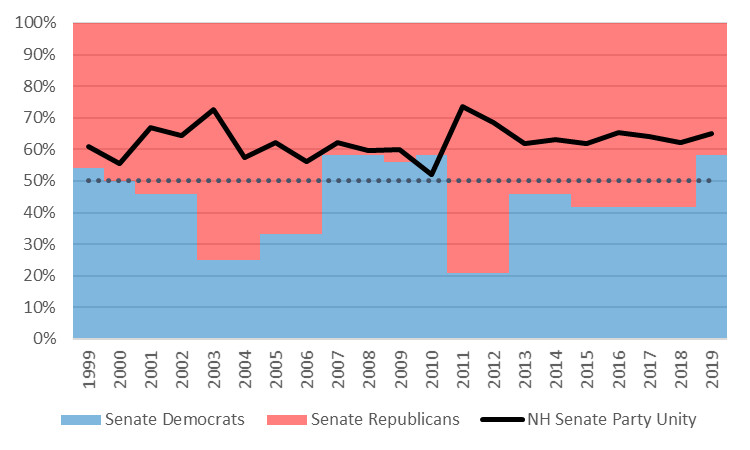 New Hampshire legislators have to attend committee meetings, vote on hundreds of bills, and pass a budget several thousand pages long – all within six months. When the volume of that work increases, do legislators rely more on party leaders when deciding to vote? It seems the answer is generally “yes,” at least in the House.

Prior to the 2013/2014 legislative session, party unity was almost always higher in the first year of the session, in both the House and Senate. However, that trend flipped in 2014. One possible reason for the flip: Medicaid expansion. New Hampshire first authorized Medicaid expansion in 2014, after more than a year of hot debate. That started a tradition of revisiting the program in non-budget years, although some lawmakers argued the debate over the program should take place during the budget process. Perhaps the big Medicaid debate each year set a more partisan tone. It remains to be seen if 2020 will be more partisan than 2019 in New Hampshire.

There was not any clear relationship between the number of bills and party unity in the Senate, however. 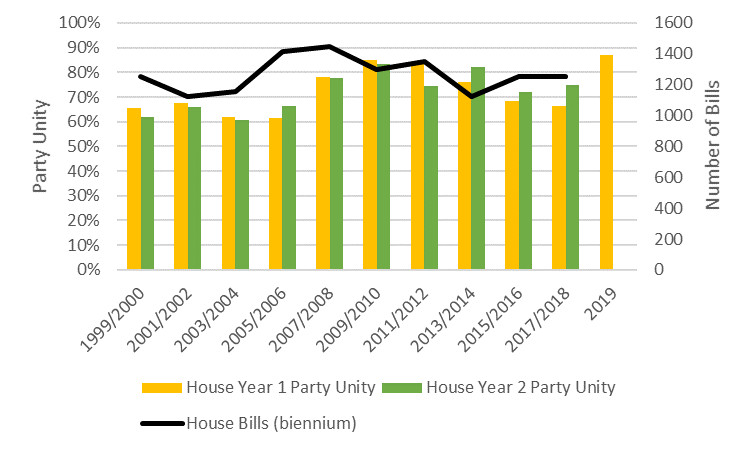 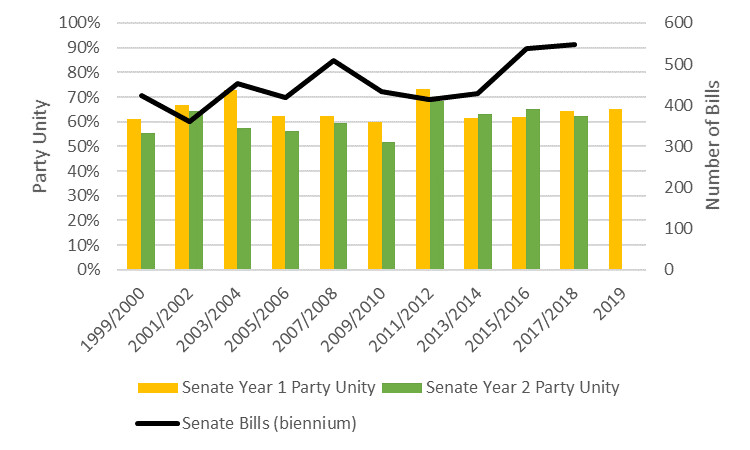 Are state legislators influenced by partisanship at the federal level? While New Hampshire officials often pride themselves on being less partisan than the federal government, the data show that’s not necessarily true. 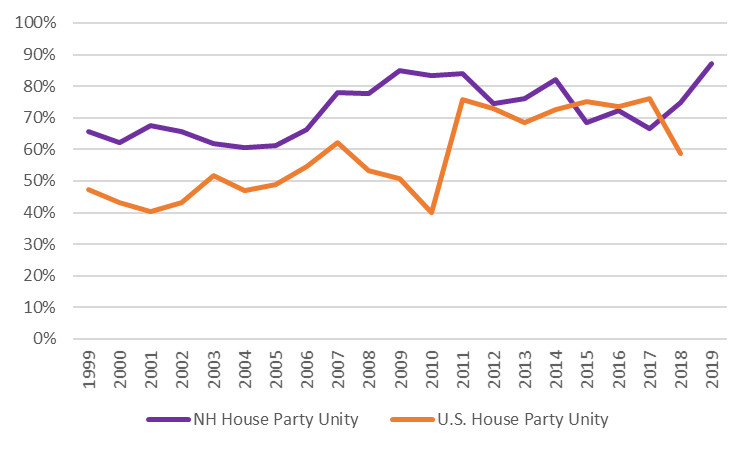 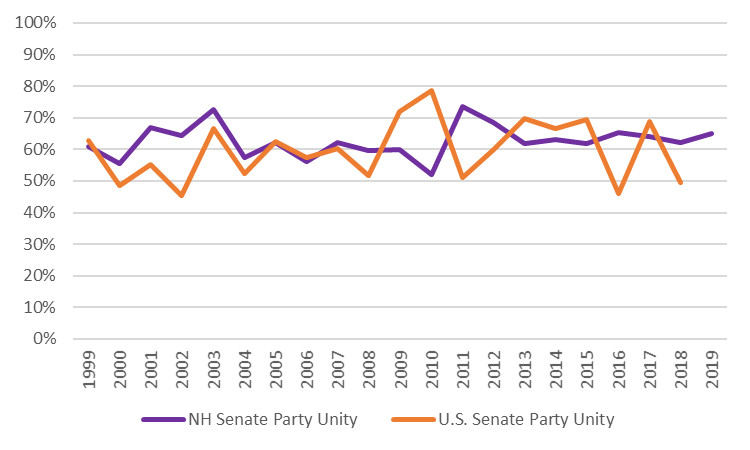 Political scientists have studied the role of campaign finance and lobbying on partisanship, but a similar study would be very difficult in New Hampshire, since the vast majority of lobbying and campaign finance reports are in a format that does not allow users to easily search or aggregate data.

Learn more about the challenges of tracking lobbying in New Hampshire

It would also be worthwhile to explore how voters’ views of partisanship, length of legislators’ terms, racial diversity, and gender all influence party unity in the New Hampshire Legislature.

Ultimately partisanship itself – including the “party unity” measure – is just one way to evaluate legislators. Find your elected officials on our website, CitizensCount.org, to review their issue positions, background, voting records, campaign finance, and more. At the end of this legislative session, we will update all of our elected official pages with individual data on attendance and party unity for 2019.

Is there a particular aspect of legislator activity you think Citizens Count should explore? Contact us or leave a comment below.