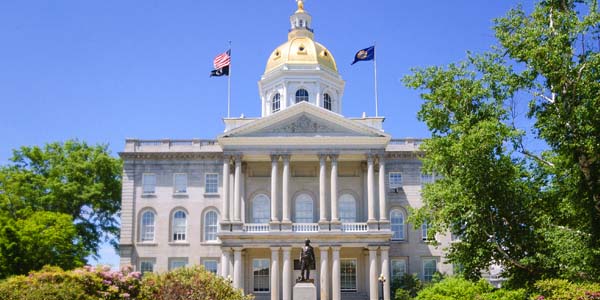 Analysis: What the power divide in Concord could mean for policy

Democrats took both the New Hampshire House and Senate in last week's mid-term elections, while Republican Gov. Chris Sununu retained his seat. What does that power divide mean for the legislative agenda for the next two years? Our analysts used our comprehensive data on where individual legislators stand on the issues to make some informed predictions.

Both Sununu and the Democrats have expressed support for:

Democrats look likely to seek more money for schools. There are questions over the fate of stabilization grants, or how the state might look to fund full-day kindergarten, with keno revenues falling short of covering those costs. At least one proposal for eliminating stabilization grants and instead raising the state's per-pupil contribution to schools, particularly for kids eligible for free or reduced-price lunch, is confirmed to be on the table for next year.

Gov. Sununu is far from hostile to public education, having championed full-day kindergarten in the past. However, he’ll likely demand that Democrats in the Legislature “show him the money” before he agrees to an increase in funding. An attempt to generate cash by repealing recent business tax cuts won’t appeal to Sununu, though he may be open to a more unorthodox solution like regulating and taxing sports betting.

Read more about how schools are funded in New Hampshire

Both Sununu and the Democrats are in favor of some type of family and medical leave plan, but disagree about the details. Sununu would like a privately-run policy that allows employees to opt-in. Democrats, meanwhile, prefer an ‘opt-out’ system, which Sununu argues won’t be financially viable. It’s possible the Democrats could pursue that end and simply hope for a strong enough majority to override Sununu’s veto, or the two sides — who at least agree on the general idea — might forge a compromise plan.

In recent interviews Democratic leaders and Gov. Sununu have both voiced support for additional funding for mental health in the next state budget. One place such additional funding could be used is to build a secure psychiatric hospital. Right now, patients deemed dangerous to themselves or others are held in the Secure Psychiatric Unit of the state prison. The state is being sued over that policy. There are also patients being retained for long periods of time in emergency rooms while they wait for an open bed at the state hospital in Concord, leading to calls for funding for more spaces.

Democrats have strongly opposed recent moves to tighten NH's voter residency laws, including SB 3 and HB 1264, one of which is already being challenged in court.

In the New Hampshire House:

Sununu’s position on the issue is less clear. While he did sign both SB 3 and HB 1264, he has also stated that he would oppose any bill that disenfranchises college students from voting, and sought for a judicial review before signing HB 1264 — a less than enthusiastic endorsement. While it’s unlikely Sununu would agree to a strict repeal of bills he once signed, a compromise measure might appeal to him… or legislators could strive for a veto-proof majority.

Where they disagree: Democratic priorities

To override a gubernatorial veto on any of those moves, the Democrats would have to persuade some of their GOP colleagues to come on board – 34 in the House and two in the Senate.

Many Democrats included stricter gun laws in their 2018 platforms, from reinstating concealed carry permits to allowing towns to ban guns on school grounds.  According to our data on incoming members of the New Hampshire House of Representatives:

This gives some gun control measures a fair chance of passing both branches of the Legislature—but Gov. Sununu is generally against stricter gun laws, and was happy to sign the recent repeal of the state’s concealed carry permit requirement.

A gun control bill with a narrower scope and broader public appeal—such as a bill allowing school districts to ban guns on their campuses—might stand a chance of escaping a veto.  The ratios of for-and-against legislators make a veto override look like a stretch.

Learn about the debate over gun control in New Hampshire

We should expect to see several different proposals to increase the minimum wage come out of the Legislature this year.

In the New Hampshire Senate, a majority of members clearly support an increase in the minimum wage. Data for the House is less clear, but Sununu has stated his own opinion that New Hampshire’s minimum wage should stay tied to federal levels.

To override a veto, Democrats would have to get some of their Republican colleagues on board.

It's part of the Democratic Party platform and many legislators - from both parties - think it's time to follow the example of neighboring states and legalize marijuana.

In the New Hampshire House, according to our database:

Since Gov. Sununu has said he is very much against legalization, even if the House and Senate are able to pass a bill this year, it most likely faces a veto, with an uphill battle for a successful override vote.

See what New Hampshire citizens had to say about marijuana legalization

Where they disagree: Sununu’s priorities

While the Legislature will struggle to pull together a veto-proof majority for several key Democratic platform goals, Gov. Sununu faces a big challenge getting some of his key policy interests through the Statehouse.

Sununu vocally supported last year’s education savings accounts bill, SB 193. A house study committee recently gave the concept of school vouchers a positive recommendation for future legislation, but its prospects look shaky at best. Our database confirms that 46% of incoming representatives are unambiguously opposed to any program that gives tax revenues for private and homeschooling costs, with 30% in favor and 24% with an unknown, undecided or more nuanced position.

Though this year’s Supreme Court decision means right-to-work is in effect for public employees, it doesn’t apply to workers at private companies. Sununu fought hard for a right-to-work bill during his first term, working with a GOP-dominated Legislature, and failed to get it through. It stands even slimmer chance now that the Statehouse has gone blue.

We'll be tracking the progress of all these issues here on CitizensCount.org throughout the legislative session, including summarizing and monitoring the status of all related bills. To get the latest updates and developments straight in your inbox, sign up for our biweekly newsletter.

Note: Citizens Count updated the data on how incoming legislators are likely to vote on November 21, following the conclusion of the 2018 midterm election recounts. 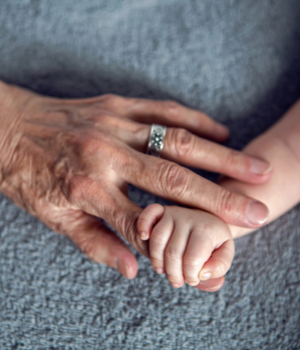 Family and Medical Leave add a comment
Should NH create a paid family and medical leave insurance plan, paid for with a percentage of employee wages?