Halfway through the 2019 legislative session, Citizens Count looked at one measure of partisanship, "party unity." We found that the New Hampshire House of Representatives seems to be getting more partisan, but the New Hampshire Senate is not.

Now that the budget standoff and veto override votes are over, it’s time to update those numbers. Unfortunately, it looks like party divisions are deeper than ever in both the House and Senate.

Partisanship measure reaches twenty-year high in the House of Representatives

When looking at all of the roll call votes from January through September, party unity has reached a twenty-year high in the House of Representatives: 90%.

Party unity, a measure from Congressional Quarterly, is the percentage of roll call votes in each legislative session in which a majority of one party opposed a majority of the other party.

In simpler terms, during the 2019 House session 9 out of 10 times representatives drew a sharp line in the sand based on party, with few legislators crossing party lines. 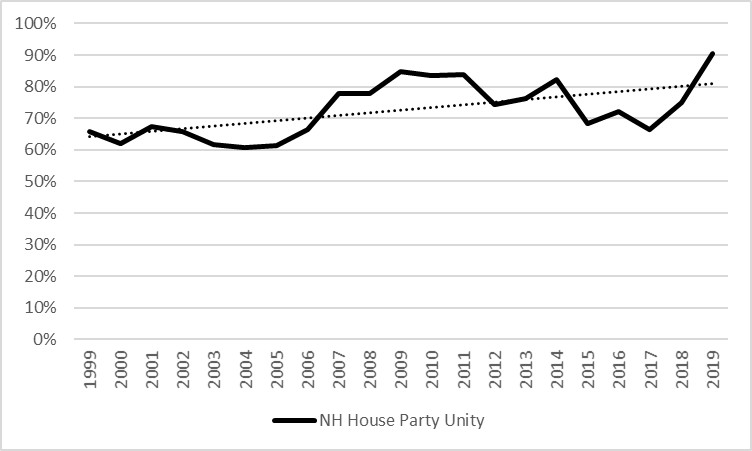 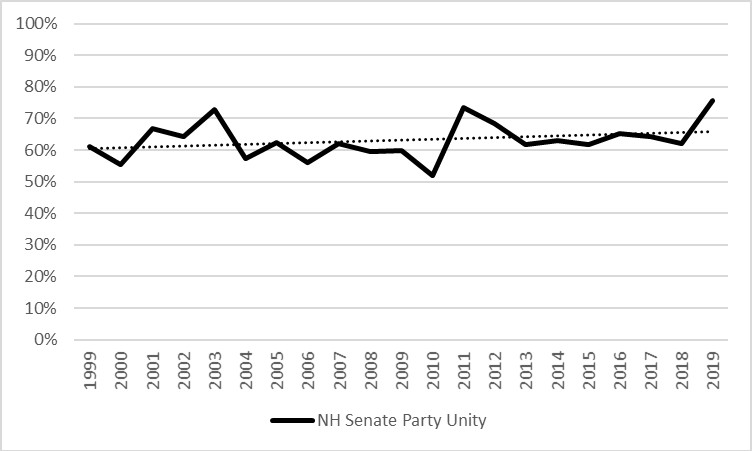 A note about roll call votes

Party unity is based on just one type of voting: roll call votes. In a roll call vote, each legislator’s vote "yea" or "nay" is recorded with their name.

There are also "division votes," where the votes are recorded without names, and "voice votes," where legislators in a group say "yea" or "nay" and the loudest side wins.

However, data shows that over time a larger share of bills in both the House and Senate are getting roll call votes. 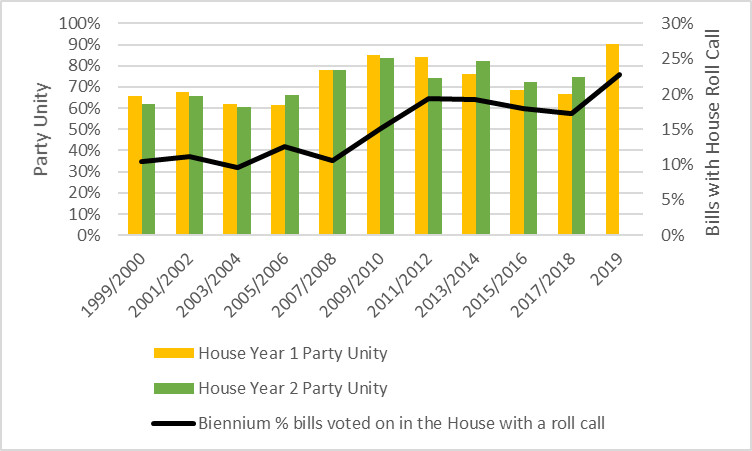 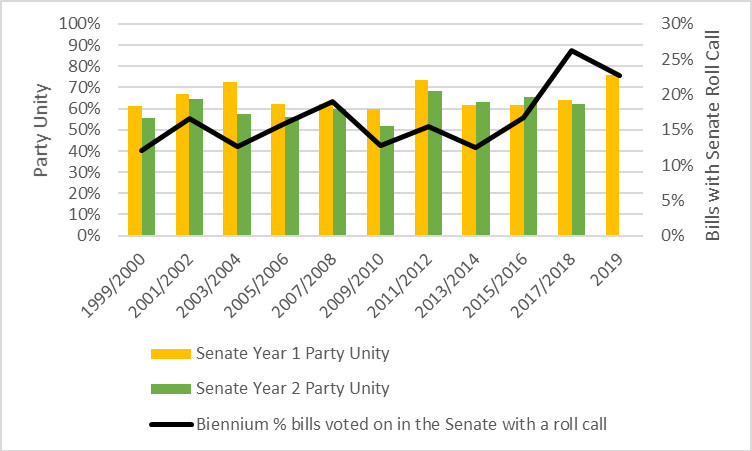 The growing share of bills with roll call votes suggests that that voting is getting more contentious in both the House and Senate. This echoes the results of the party unity measure.

But is party unity bad?

Wondering what else might impact party unity and partisanship? Read our second analysis of party unity.